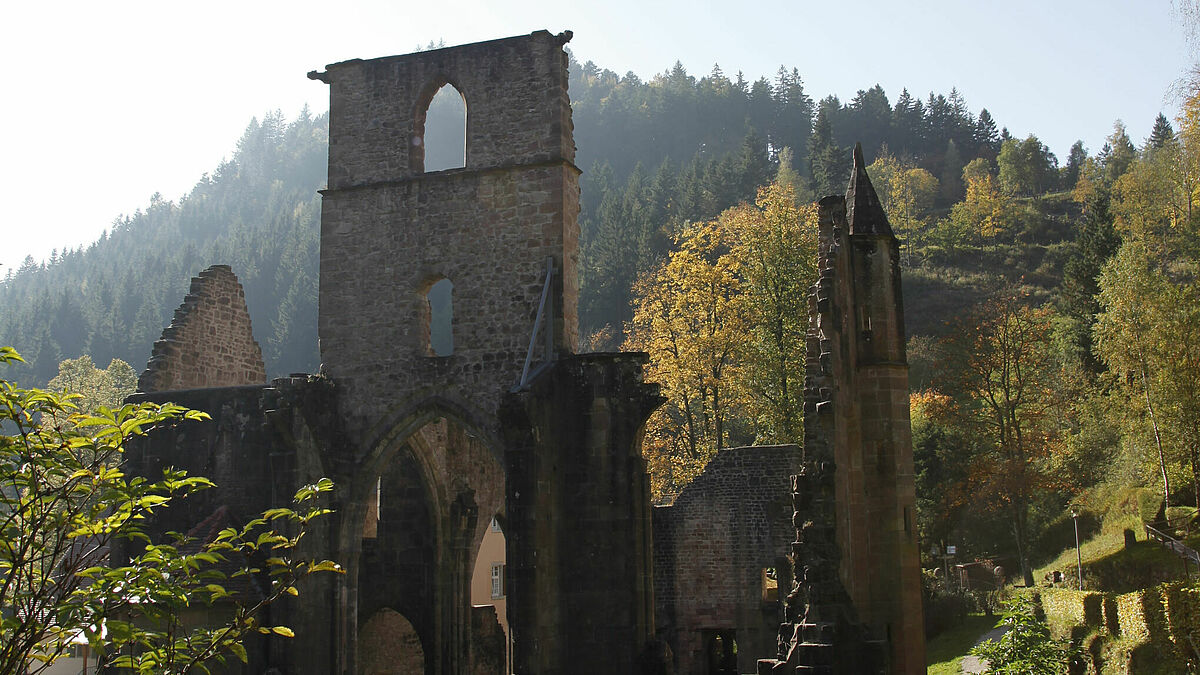 The All Saints’ monastery in the Lierbach district, which was formed between 1191 and 1196, goes back to a foundation by Uta von Schauenburg. Uta von Schauenburg appointed the Premonstratensian order to the monastery, which also administered the estates belonging to the monastery and looked after the surrounding parishes. From the late 13th century onwards, many pilgrims made their way to All Saints.

The people of the surrounding communities were dear to the monks’ hearts.  As early as the late Middle Ages, they taught the children of the area. The monastery had its last heyday in the 18th century through a nationally recognized high school. The order led the monastery, which in the course of secularization had belonged to Karl Friedrich, Margrave of Baden since 1802, until the end of the school year in 1803. Thereafter, the buildings stood empty and were auctioned off for demolition. The remnants of the once important complex only regained attention when, around 1840, the nearby waterfalls were made accessible with ladders and stairs. August von Bayer, the first conservator of Baden, campaigned from 1844 for the preservation of All Saints.

Almost 30 years later, the first of two spa buildings was built, as streams of tourists came to All Saints. Karl Baedeker had visited the valley in 1853 and included All Saints in his famous travel guides.

The ruins of the monastery of All Saints are considered to be one of the earliest examples of Gothic architecture. Several fires damaged the buildings.

The early Gothic monastery ruins of All Saints, which was made from red sandstone, are picturesquely situated in the Lierbach valley above the waterfalls. Apart from parts of the nave and porch, remains of the sacristy and the cloister have also been preserved. An information centre has been set up below the ruins in the former servants’ building. The monastery ruins are freely accessible. Above the ruins is a car park. You can also stop for a bite to eat in the All Saints monastery restaurant.