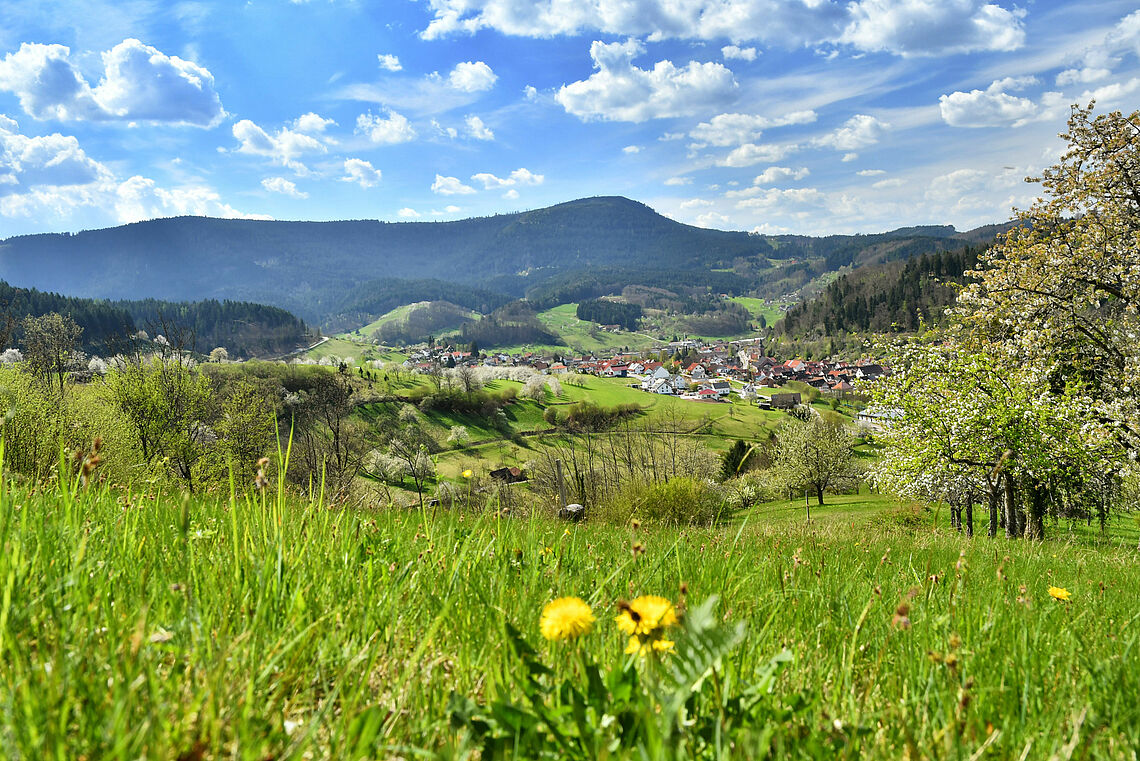 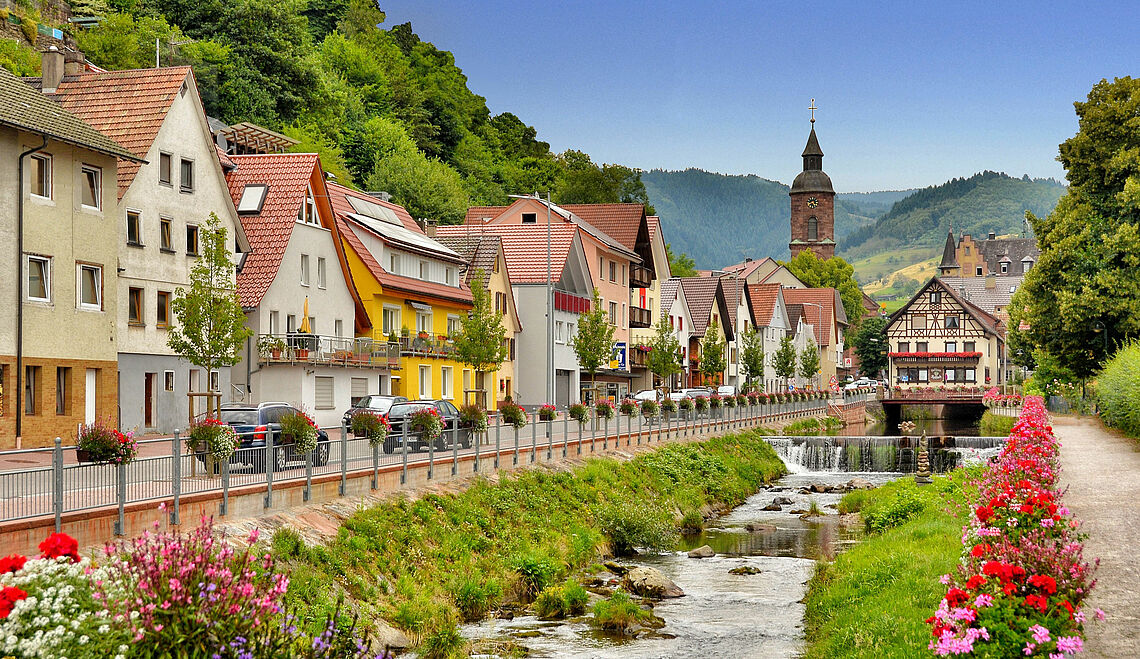 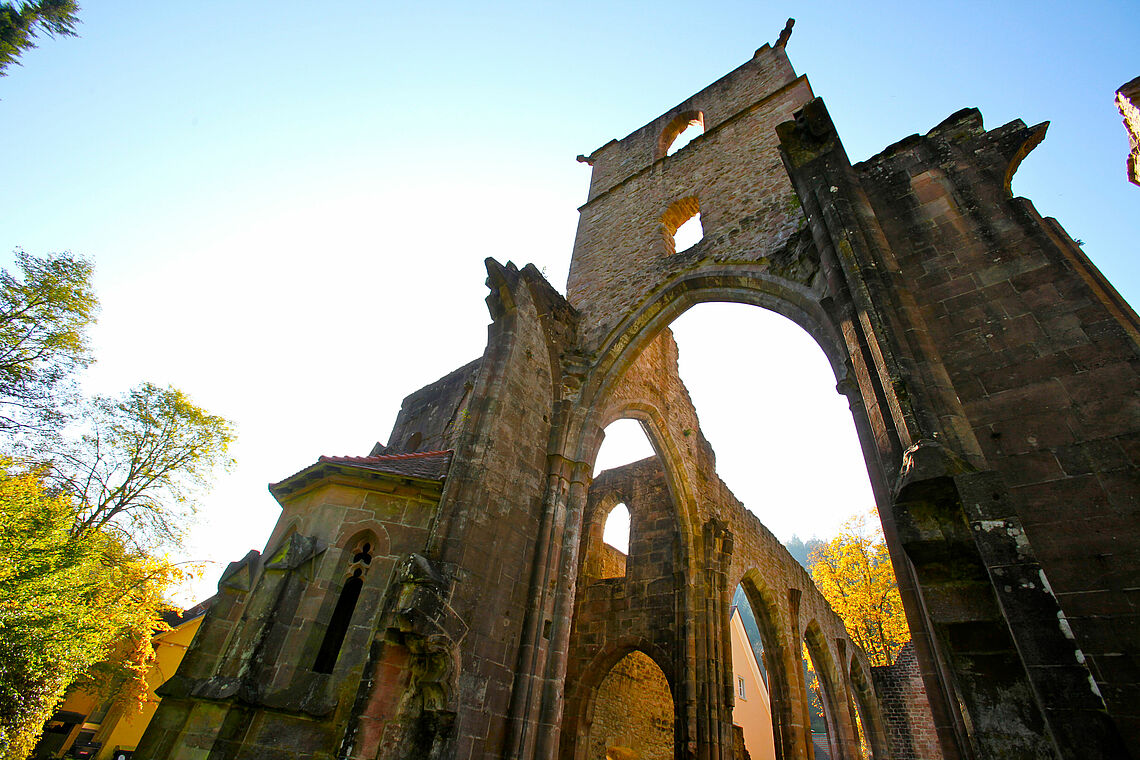 The whole Renchtal lies under a blanket of fog. The whole Renchtal? No! The gateway to the Black Forest National Park is always bathed in sunshine and only knows about fog banks from hearsay or from distant views.

The Buchkopf viewing tower offers a fantastic view as far as Strasbourg and above the clouds, which look like the sea from above. It is not only Oppenau that is sunny, the people of Oppenau have a sunny disposition too.

The people here enjoy parties just as much as they like good gastronomy. It’s a great place to live, whether it’s at a set lunch table or relaxing in an Almbad wooden tub in a rustic hiking hut.

Two rivers, the Rench and the Lierbach, converge in Oppenau, and where there is water, there are always settlements stretching up into the heights of the Renchtal region. Oppenau’s districts are scattered widely. One of them is Ramsbach, which is particularly popular with hikers in autumn, when the foggy zone ends and the sun shines. Ibach, on the other hand, is popular for farm holidays, the rustic Almbad huts and Löcherberg mountain. This is where the capercaillie, a protected species, has its biotope. Maisach became well-known thanks to the Maisach Turmsteig trail and the Buchkopf tower and is – as has been determined – the most central point in Baden, Lierbach can be found in the history books and on Instagram thanks to the All Saints’ monastery ruins – and thanks to the waterfalls is very popular with hikers. This is where tourism in the Black Forest began! If you follow the Lierbach river down into the valley, you enter the town of Oppenau through the medieval Lierbach Gate, on the western edge of which the Lierbach flows into the Rench, which gave the valley its name.

Anyone who has been there knows why it is so beautiful. In Oppenau you only count the clouds and not the calories. You breathe freely, not puff and pant uphill.
What a great view! 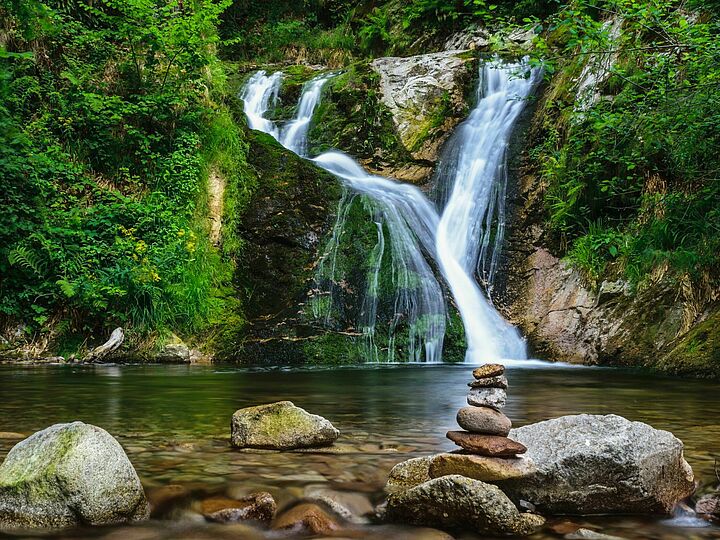 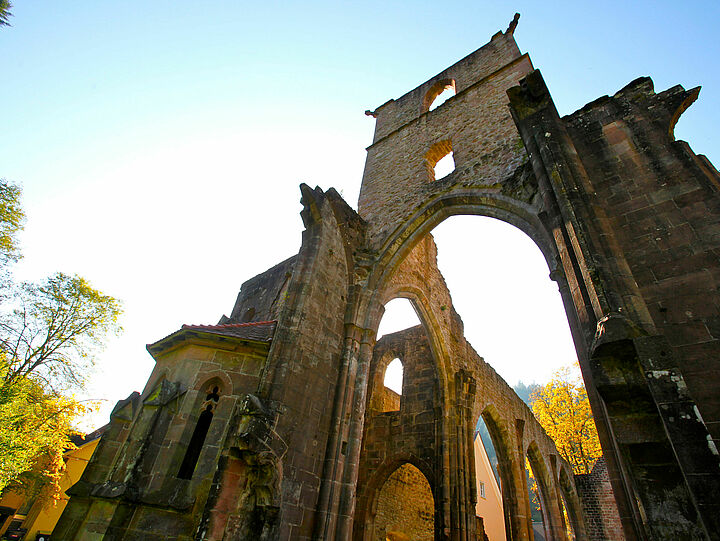 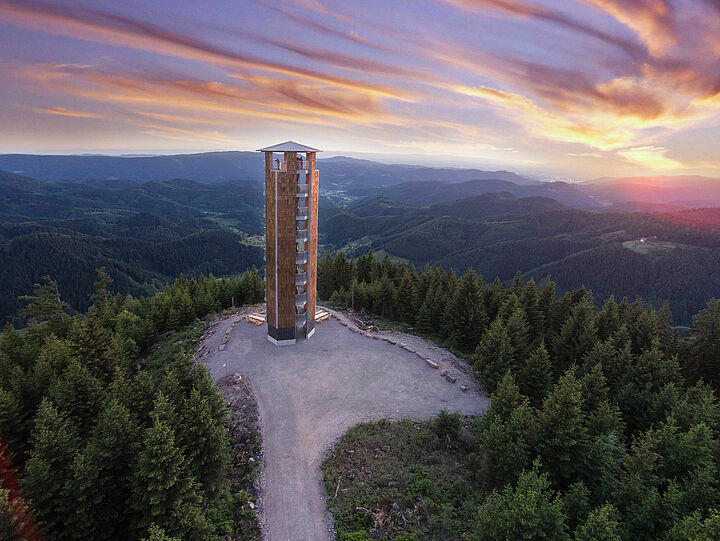