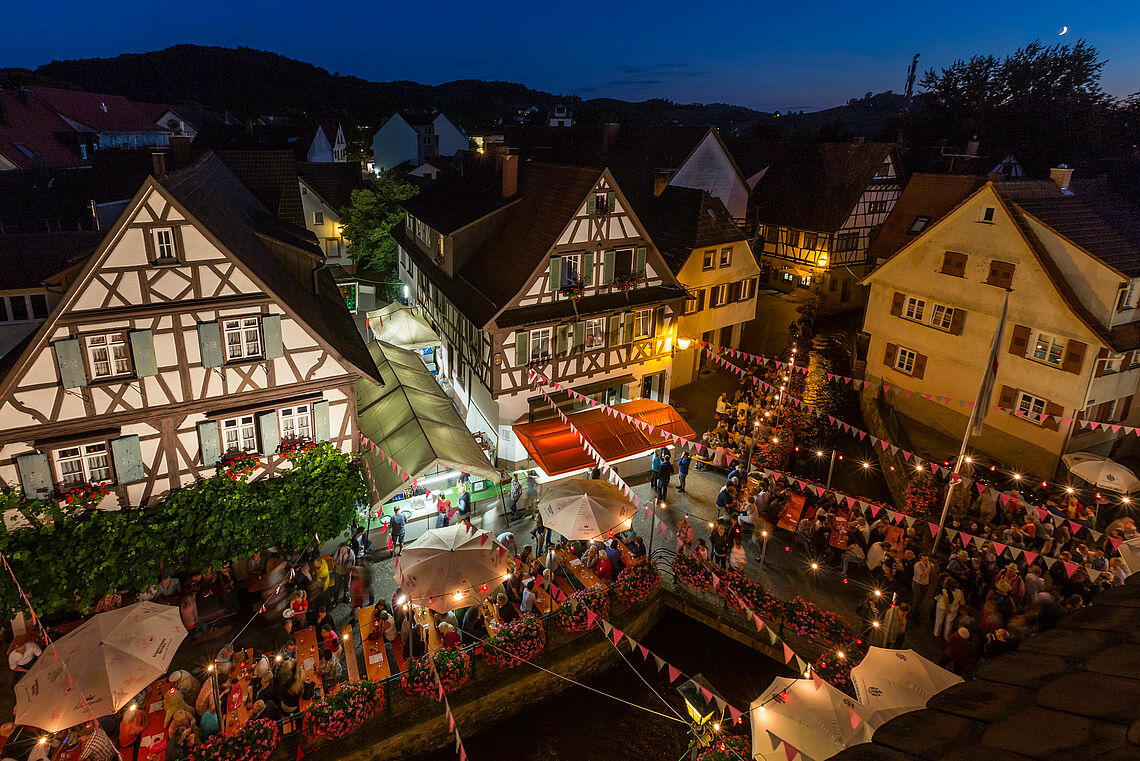 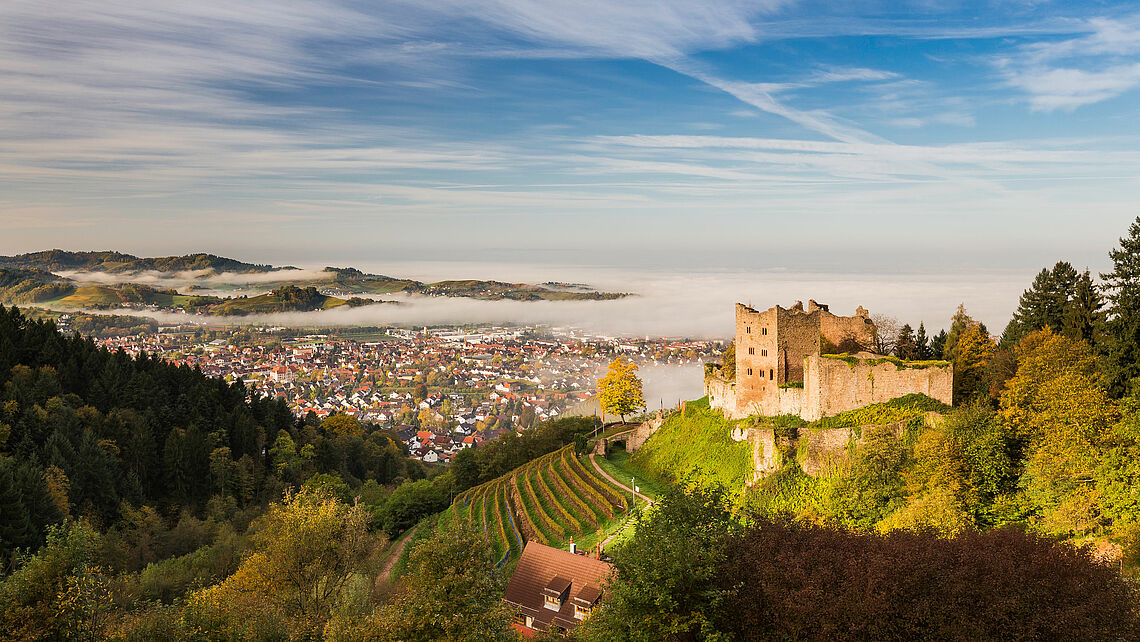 There is so much to discover, such as the Schauenburg castle ruins – what a view! Or the certified dream tour Oberkircher Brennersteig with its highlights: the Geigerkopf viewing tower and schnapps tasting. Of course you can also go wine tasting at a wine grower’s or in amongst the vines with a wine guide and 5-course menu. Delightful!!

Those who like a stroll, i.e. shop, will be delighted. Oberkirch’s pedestrian zone has been redesigned and the historical backdrop with baroque and half-timbered houses, alleys and the Mühlbach stream are a wonderful place to enjoy coffee and cake, ice-cream or a summer wine spritzer in the evening.

Numerous events such as the strawberry festival and the wine festival, as well as concerts in the town’s gardens and theatre performances provide a dozen more reasons to visit.

Those who come to Oberkirch for the first time are amazed, as Oberkirch turns out to be more than just the town with the beautiful castle. There is much more to it than that. The community consists of many districts. These are former villages that have retained their original character, evident for example at the street festival in Butschbach-Hesselbach. There, the ruins of Fürsteneck castle can be found hidden in the forest, and the oldest house (1686) in the Renchtal region is also there. Not quite as old, but at least as beautiful, is the baroque St. Wendelin’s Chapel in Bottenau on the mountain ridge. The highlight of the year here is the equestrian procession in October. In Haslach, on the other hand, the (wine) mountain is the star, as the “Klingelberg” mountain gave the Riesling wine its second name – the Klingenberger – under which it is served in the Ortenau region. From Nußbach, the oldest village in the Renchtal (first mentioned in 994), the route continues to Ödsbach with the largest forested area and the local Renchtal mountain, the Mooskopf, with its observation tower. Further north in Ringelbach, the chestnuts (called “Keschde” in the local dialect) feel equally at home as the vines. Since 1379 viticulture has been in full bloom here, as can be seen from old documents. Stadelhofen is well-known for its orchard blooming period in spring, and pilgrims make their way to Tiergarten on their way to Santiago de Compostela or to the Chapel of Fatima above the vines. The Renchtal railway stops in Zusenhofen, the largest district. Oberkirch is not far from here. 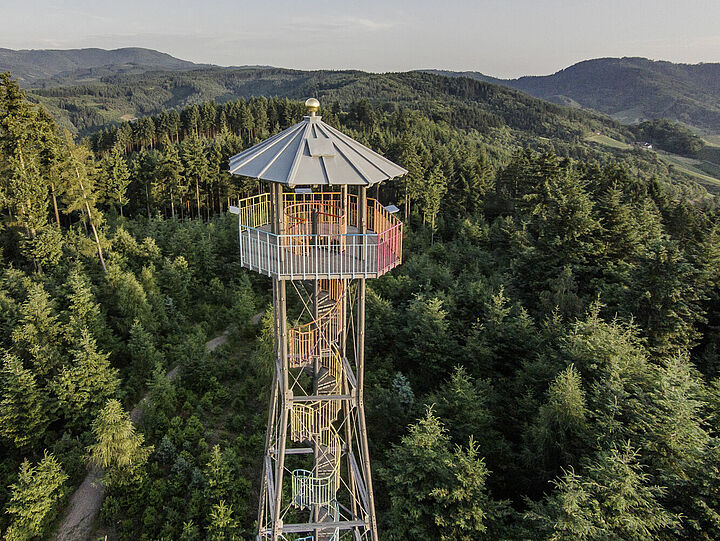 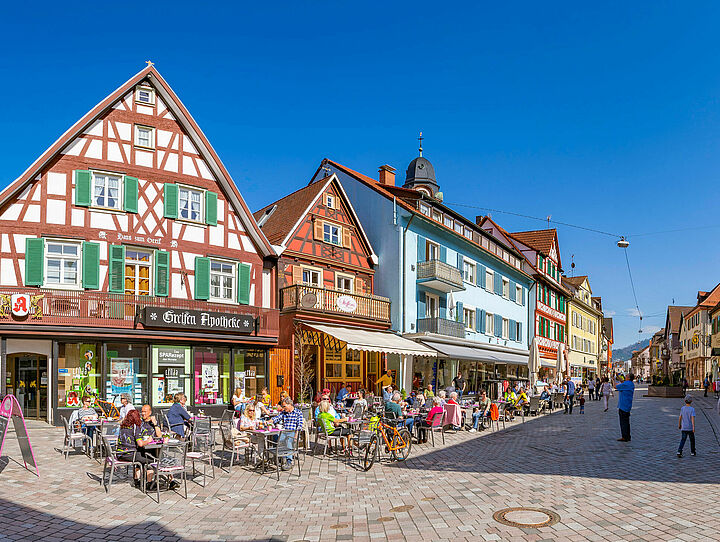 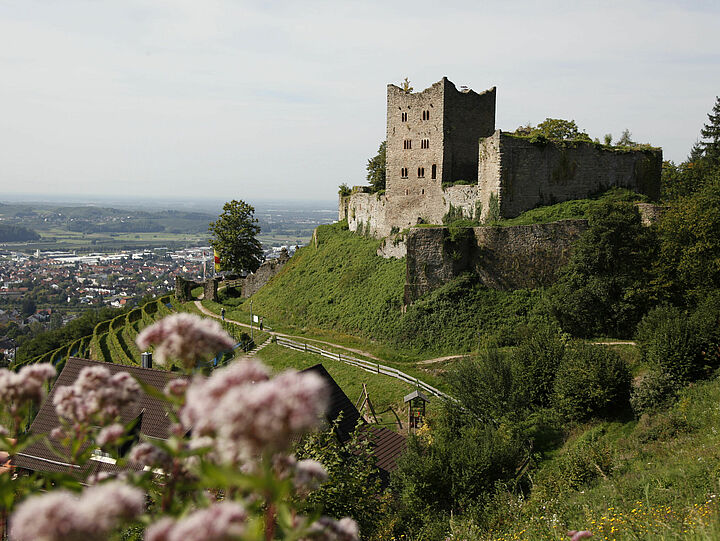