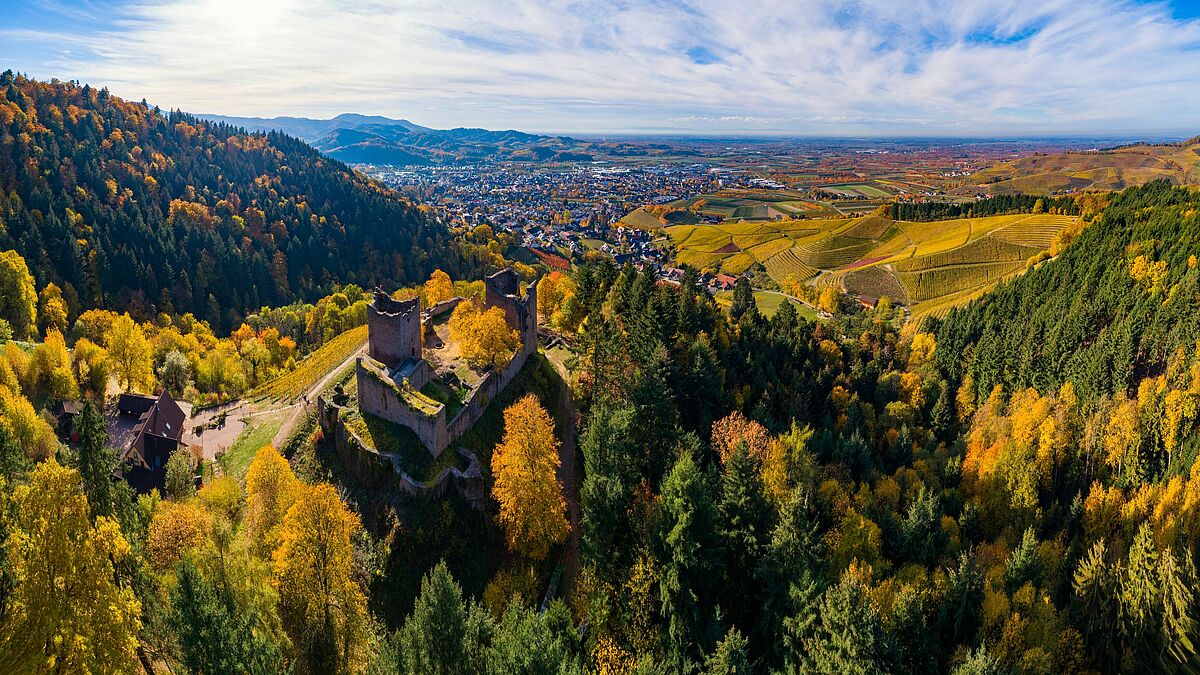 A hugely striking landmark, Schauenburg castle rises above the town of Oberkirch on a promontory (397m above sea level) above the town’s district of “Gaisbach”.
This castle was built by Duke Berthold II of Zähringen, who erected the fortress above the Renchtal valley between 1070 and 1090. From 1240 to 1275 it was extended as a shield wall castle with several residential towers.

During the wars of succession at the end of the 17th century, the castle was severely damaged and in 1731 it was documented as a ruin. Today the castle ruins are owned by the von Schauenburg family.